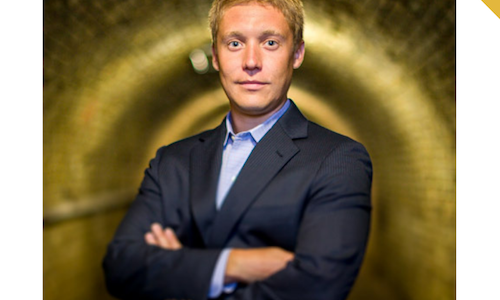 On our Chief Strategy Officer Wes Fang’s The EnTRUEpreneurship Podcast, Wes dialogues with technology law entrepreneur Brian Hall. Hall is a seasoned law expert, specializing in issues pertaining to Intellectual Property, Internet Law, and more. He is a regular author and speaker on legal topics relevant to tech companies and has been chosen by his peers as a Rising Star in Intellectual Property for the years 2010 through 2016. Hall has also maintained a perfect 10 out of 10 on the Avvo Rating scale, which rates attorneys based on expertise and skill level.

On the podcast, Hall discusses his law firm — Traverse Legal — which, over its 15 years of existence, has expanded from one small office in northern Michigan to four offices across the United States and services clients based in 25 different countries. Traverse Legal’s expert attorneys have been featured in prominent publications such as The Washington Post and the American Bar Association Journal. In the conversation, Hall highlights his firm’s unique business model, the anxieties and challenges that come along with business expansion and debunks common entrepreneurial stereotypes.

“I think that epitomizes the entrepreneurial spirit — that there are odds, but I have a vision and I don’t really see those odds right now. I’m going to accomplish that vision.”

“Keep that vision in mind. Don’t hesitate. Go with your gut. Get there as fast as you can. Because it does work itself out if you’re committed to that vision.”

“That entrepreneurial spirit started [when I recognized that] what I wanted to do was disrupt an industry and make an impact.”

“The most difficult part is prioritizing. How do you figure out where you’re going to spend your time, so as to not only keep the lights on but also build something that will be sustainable over time?”

“Six and a half years in, I said, ‘We need to either decide that we’re going to maintain this lifestyle law firm, or we’re going to try to cross that chasm and blow this thing up.’”

1:57: Brian highlights his early years and how, unlike many entrepreneurs, he had a lack of desire to be an entrepreneur when he was young.

3:03: Hall elaborates on how he began practicing law and the decision upon graduating law school to either join a traditional law firm or take “the road less traveled.”

4:46: Hall describes his first day at his small, nontraditional laws firm and how, luckily, he and his boss were on the same page from the beginning.

7:25: Hall explains how his firm operates differently than most traditional law firms.

10:03: Brian highlights the most difficult part of year one at Traverse Legal — a difficulty that is experienced by all entrepreneurs when starting a new company.

11:56: Brian walks through his firm’s expansion from one office into four and why Traverse chose Austin as its second location.

15:45: Hall describes the “countless moments” where he second-guessed his decision to choose the startup path but claims the other alternative “wasn’t in [his] DNA.

17:11: Hall briefly recounts his firm’s run-ins with competition and how they’ve learned to stay the course.

18:45: Brian describes his firm’s success, casts a vision for his firm’s future, and shares some invaluable advice that he wished he’d have known when it all began.

21:41: Hall gives one last piece of advice and encouragement to anyone hoping to disrupt an industry.