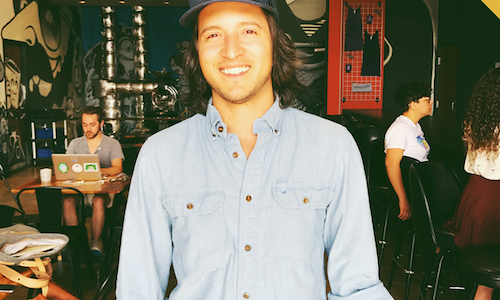 On The EnTRUEpreneurship Podcast, Wes dialogues with Jay B Sauceda, Founder (and self-proclaimed “Chief Texan”) at Texas Humor — an “all-things-Texas” content creation platform that has gained an excess of 2.2 million combined followers across Facebook, Instagram, and Twitter. In fact, the incredible success of Texas Humor led to the creation of Sauceda Industries, which is the umbrella company for Jay B’s Texas Humor social channels, advertising platform, creative services agency, and retail store and for his e-commerce logistics and fulfillment company. Jay B is also a recognized professional photographer, with his most recent project — Texas From Above — being featured as a cover story in Texas Monthly, published as a book by the UT Press, and displayed in the Bullock Texas State History Museum until mid-2019.

In the podcast, Jay B lays out the incredible journey of Texas Humor from its start until now but goes back even further to explain what caused his early leanings towards entrepreneurship. He discusses the sudden rise of Texas Humor, whose content was generating $40k in revenue by the third month of operations and explains how these social channels led to the eventual founding of his retail store and logistics company. Jay B has a unique perspective, having operated in several starkly different industries, and all of his experiences have taught him an important truth — at a fundamental level, running a business is hilariously simple.

“You know what’s funny? Running a production with 35 people on set for Yeti is really not all that different than running a warehouse full of 45 to 65 people who are shipping for a bunch of different clients. Problem solve. Use your tools. Clear communication. Clear expectations. It’s not rocket science.”

“Run your accounting like you’re going to sell the company, every day.”

“Doesn’t matter who you are. At the end of the day, when you’re starting a store or a company of any sort, you’re one person. You have a limited amount of time, a limited availability of attention.”

“Find focus… Pick a thing. You can’t be a jack of all trades and a master of none.”

“For the first year or so [of Texas Humor], it was a little bit less about the money and a little bit more about the fact that my identity was so heavily this one-man-show creative photographer kind of thing. I worked really hard to build that identity… So it was hard to walk away from that to this new thing.”

“When people try to make business really complicated, [it’s really not]. The table stakes are giving people the margins to work within, staying out of their way, trusting that they know what they’re doing, and backfilling for them when they’re coming up short. Outside of that, you don’t have to have all of the answers.”

“When you’re cashflow-ing a business and scaling it in the way that we are, cashflow is king. And it’s also your killer if you don’t manage it effectively. It’s easy for it to be an afterthought.”

3:30: Jay opens up with a rundown of what first got him interested in entrepreneurship and how he stumbled into pursuing a math degree at the University of Texas at Austin.

7:05: Jay dives into the backstory of Texas Humor — a social presence that grew from one follower to 500k in the span of two to three years.

11:58: Jay discloses the earnings that the Texas Humor sites generated in their first few years and retells the scary events that drove him to create the Texas Humor retail line.

15:34: Jay describes the events that led to his decision to shift industries entirely, from full-time photography to full-time content creation and retail.

20:05: Sauceda shares how he ended up forming a logistics company to help young e-commerce businesses fulfill their orders efficiently.

26:30: Jay speaks on how, to him, business really isn’t “rocket science;” it’s leaning into your team to do the things you’ve hired them to do.

29:55: Jay forecasts the future of Sauceda Industries and shares his desire to see the business grow outside the city of Austin.

31:50: Looking back, Jay shares some advice around the importance of running an efficient account department from day one.

34:01: Jay ends the conversation by sharing about one of his final photography projects that’s gaining some publicity — an aerial view of the entire perimeter of Texas.