Over the past year, I’ve had a chance to interview some incredible entrepreneurs on The EnTRUEpreneurship Podcast. Each of these individuals have founded multimillion dollar businesses and have been willing to share their trials and tribulations behind their success. 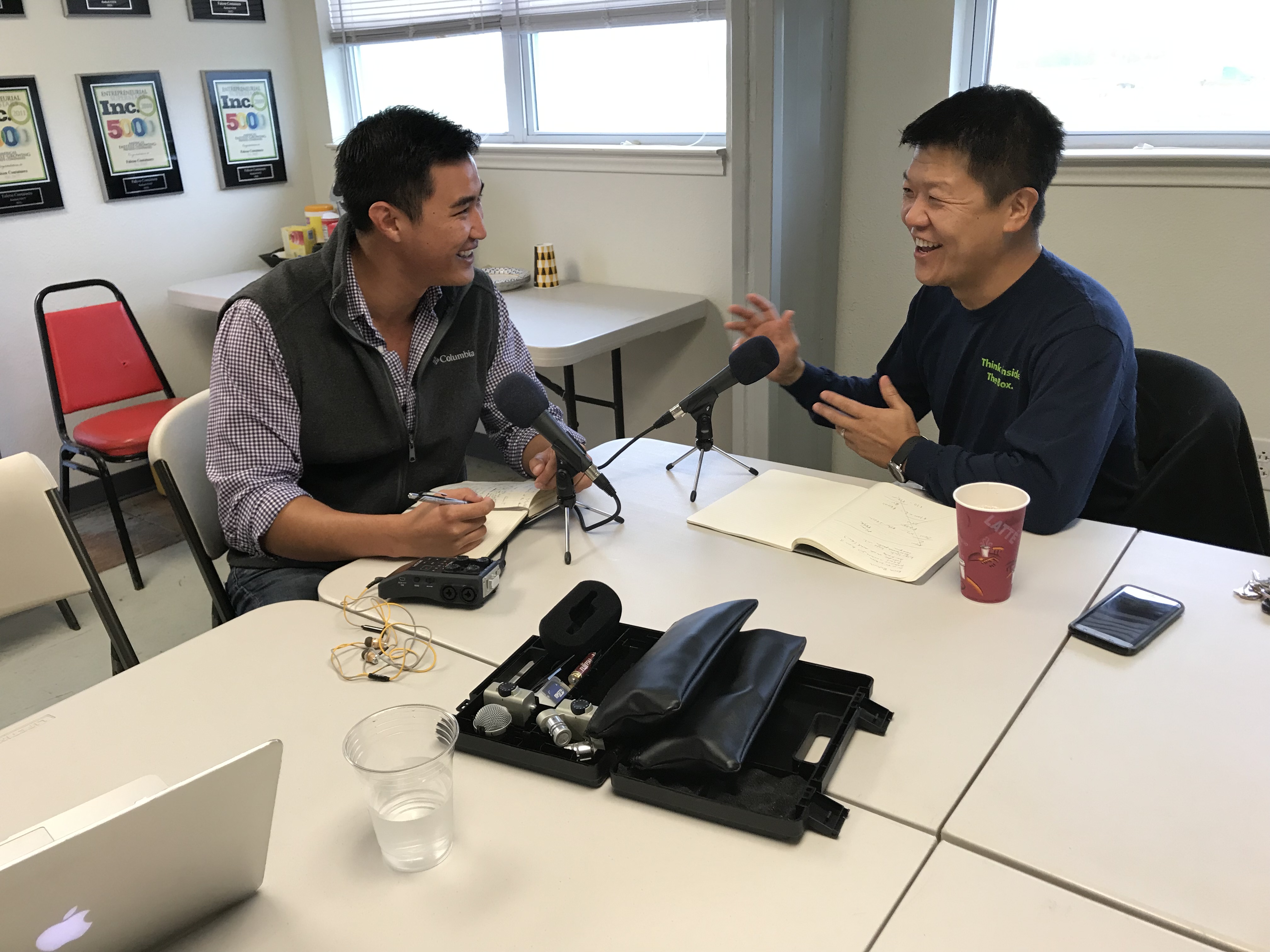 I met up with one of my guests a couple weeks ago at their headquarters in Manor, TX (just half an hour outside of Austin). It’s a company called Falcon Structures. The company specializes in taking large shipping containers and converting them into usable assets like living rooms, offices, storage facilities, industrial enclosures, etc.

Stephen Shang is the Founder and CEO of Falcon Structures, which he started almost 16 years ago. What makes Stephen unique is that the first 7 companies he helped launch….all failed. It wasn’t until startup #8, Falcon Structures, that the concept finally took off. Now the company does more than $8MM in revenue has been featured on the Inc 5000 list for 5 years.

I’ve always enjoyed chatting with my guests and learning about their journeys. It’s been pivotal in helping me carve out my own business playbook while also providing direction on how to best lead Zilker Media. Stephen’s interview did not disappoint. Because of his past “failures”, there was a tremendous amount of wisdom he brought to the table. So here were my top five takeaways from my interview with Stephen Shang:

Business is difficult, and hard times are inevitable. Sometimes the best way to to overcome suffering is by implicitly inducing greater suffering in a different regard. Stephen got over the pain of his first failed startup by climbing the many steps of Machu Picchu. The physical pain was just the prescription needed to help take his mind off his recently failed company. Perspective is key.

Your net worth has nothing to do with your self worth

At the end of the day, money is an inanimate, neutral, object. Steve Forbes calls it a tool for measurement (similar to an ounce or a meter). Inherently, it is neither good nor bad. Yet, so many people turn it into an obsession or an identity, and this can be a dangerous. Stephen says that when your net worth increases faster than your self-worth, then, inevitably, the two will converge, and the net worth will end up collapsing on itself. Remember: your net worth has nothing to do with your self-worth.

You don’t always need to swing for the fences

Stephen’s entrepreneurial journey is plagued with failed ventures. Each time he’s swung big and gone for home run exits. As is the case with most investments, greater returns necessitates greater risk. But sometimes an entrepreneur doesn’t need to swing for the fences, they just need to look to get on base. At the end of the day, base hits still score runs.

Most people would consider a recession to be a bad thing. But Stephen would argue that constraints catalyze creativity. When your back’s against the wall the only direction to move is forward. When the 2008 economic downturn happened, Stephen had the choice to either make layoffs, or what he would consider a “lay-on”, essentially pivot the company to new opportunity; and that’s exactly what he did. Instead of sticking with renting out used shipping containers, they began converting them into livable assets, like training facilities for the military. It was this novel idea forced by the recession that allowed for explosive growth over the next couple of years.

Define your own level of success

Stephen’s advice to himself is to define his own level of success. Instead of spending time chasing after other people’s expectations, know who you are and who you want to be — then strive after it. As Oscar Wilde would say, “Be Yourself. Everyone else is already taken.”

I want to thank Stephen and his team at Falcon Structures for their incredible work with shipping containers but also the positive impact they’re leaving on the community and those around them. As one of our core values, Good Vibes are always welcome, and Stephen is full of them. If you’re interested in listening to the full interview with Stephen and hearing his journey behind each of his startup “failures”, you can find the full interview on The EnTRUEpreneurship website or on iTunes.

And if you’re ever in the Manor area, you need to check out Falcon Structures. In the meantime, you can see plenty of their cool work on their website.