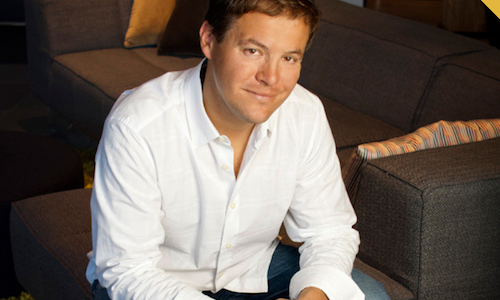 On The EnTRUEpreneurship Podcast, Wes sits down with Ryan D’Aprile, Founder of d’aprile properties and Midwest Lending Corporation. Since its founding in 2010, d’aprile properties, a real estate brokerage which operates in various markets throughout the Midwest, has experienced monumental growth and now employs over 50 full-time employees and nearly 500 real estate agents. D’Aprile is an entrepreneurial maven; between his real estate brokerage and his mortgage business, his company accrued close to $20MM in revenue in 2018.

Ryan’s industry is one where, if you are good, you can be bought. In money markets, real estate agents are snatched up left and right by the companies with the deepest pockets. But Ryan chose a different strategy. On the podcast, Ryan discusses his life, his journey and his passion for real estate but also speaks on his love of taking young talent and making them great. Through Ryan’s coaching, he’s not recruiting producers; he’s making them. And through those producers, he is building an empire.

“There’s a lot of comparing out there. As entrepreneurs, we canvas the area and see what’s going on with people. But you’ve really got to dig deep and find out what’s the real story. Everybody — every company — has an interesting story and a different value proposition. Ours is that we don’t recruit top producers. We make them.”

“You have to be committed to the grit and the grind. That’s really what it comes down to. How badly do you want it? And can you just keep grinding it out? Because a lot of people can’t.”

“Be patient. Play the long game. Don’t play the short game. And whatever you do, be careful on how much you compare yourself to others. Because everyone has their story.”

“I’ve made a decision to build something — and build something great — over a long time, but I’ve had those moments of doubts… There’s a lot of sacrifice that goes into building something like this.”

“Failure was not an option. It never is an option. Business is such an adventure — a game. Yes, I fail. I fall on my face all the time. But, to me, that’s living. And I wouldn’t want to have it otherwise.”

2:39: Ryan shares about his journey into entrepreneurship and real estate, which he started at a young age learning from his parents’ grit and drive.

3:53: Ryan elaborates on how he initially learned about purchasing properties and how this lucrative side-hustle eventually turned into his full-time gig.

11:07: Ryan discusses his perspective on failure and whether or not he would have considered dipping out of real estate, were it to ever get too difficult.

12:55: D’Aprile, surprisingly, reflects on the late 2000s housing crisis in a positive light, which is when his business really began to expand and take off.

17:05: Ryan explains the difficulty of making the shift from real estate agent to real estate broker owner and discusses how making the decision to build something great is never quick or easy.

19:19: D’Aprile discusses how he never thought failure was a possibility for his business.

22:34: Ryan reveals the key for his company’s success and explains why comparison is the thief of joy — especially when building a business in the real estate industry.

24:55: Ryan discusses his company’s co-CEO model and how the two CEO dynamic practically works out in the day-to-day.

27:00: Ryan discusses the future of his business, which involves even more real estate coaching and even more expansion.

29:56: Ryan fits a wealth of good entrepreneurial advice into a couple of minutes, including some practical and motivational wisdom around what it takes to build a business.