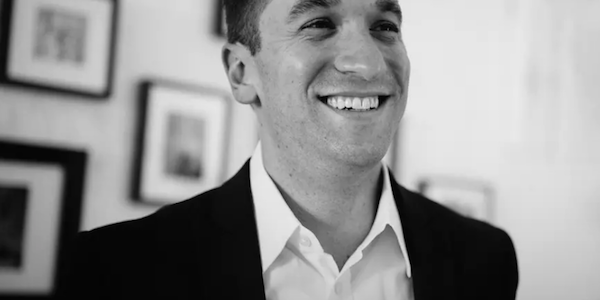 On The EnTRUEpreneurship Podcast, our CSO Wes interviews Jake Dreyfuss, CEO of real estate firm Philly Living. Jake’s company has been featured on the Inc. 5000 list for three consecutive years and is considered one of the top 20 fastest-growing companies in the Philly area by multiple publications. In 2017, his company conducted $5.2M in revenue and sustained a 3-year growth rate of 174 percent. Jake’s remarkable career includes growing a successful restaurant franchise, building and selling an app company, working at one of the world’s most successful technology companies and, now, sitting at the helm of one of the fastest growing real estate companies in America — all while under 40. He is also the Founder of the 5AMERS — a support group dedicated to waking up earlier for the betterment of their lives.

Jake’s wisdom extends well beyond his age, and on the podcast, he shares his smart for all listeners. He details all of his amazing career moves but kicks off his story by discussing his father’s impact on his work ethic. He describes the emotions involved with being acquired, how he decided to move forward post-acquisition, and the most difficult lesson he’s learned along the way. Jake’s story is a testimony to always trying to better oneself and is an inspiring story for all to hear.

“Whenever I start doubting myself — ‘I’m the conservative one; I can’t be the risk-taker.’ — well, I was before, and it worked.”

“As [our employees’] dreams and visions get larger, our vision has to grow larger to make sure they can fit theirs within ours. Otherwise, we lose talented people.”

“I was always the nice guy… And I shied away from standing up for myself and my business. And it has slowed our business down and impacted our culture, sometimes in negative ways.”

“I was really reflecting on what went well with our business and what areas we could improve next time… And I realized I didn’t have a clear understanding of what it took to build a cohesive sales team that had a strong culture.”

[On his job with Salesforce] “I got my MBA, without really having to go back to school.”

2:19: Jake discusses his early life, including how his father’s work ethic influenced him towards entrepreneurship, and how he landed his first gig in the real estate industry.

5:17: Jake explains the attractiveness of the real estate industry, beyond carrying on the family legacy.

6:06: Dreyfuss details his amazing career path since his first job, which includes growing a successful restaurant franchise and building — and ultimately selling — an app company.

9:37: Jake describes the events that led to his app company’s acquisition and the rationale behind his career decisions post-acquisition.

14:33: Jake explains how he found the first investors and customers for his app, labelling the investment as “an all-in gamble.”

19:43: Jake reflects on the emotions of being acquired, including the dinner he’ll “never forget.”

22:02: Dreyfuss speaks on how he and his partners decided to ultimately sell the app versus trying to scale the company on their own.

24:06: Jake describes in further detail what he’s been doing post-acquisition, including an educational stint at Salesforce and an executive move back into real estate.

29:17: Jake divulges the hardest lesson that he’s learned over the past 15 years, which primarily involves the necessity of tough conversations.

31:17: Jake ends the podcast by discussing a passion project — 5AMERS — which he thinks will be one of the legacies he leaves on this planet once he’s gone.