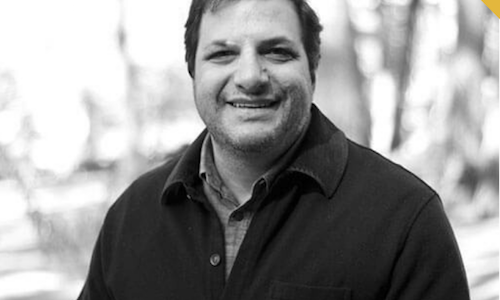 On The EnTRUEpreneurship Podcast, our Chief Strategy Officer Wes chats with Daniel Marcos, Co-Founder and CEO of Growth Institute — the premier online training company for mid-market businesses across the globe. Growth Institute’s educators include thought-leaders such as Verne Harnish, Seth Godin, Malcolm Gladwell, Brad Smart, and many others. Since 2011, Daniel’s company has trained 40,000 global executives, representing 10,000 companies headquartered across 64 countries. Prior to Growth Institute, Marcos was a CEO coach and serial entrepreneur.

However, leading up to his current success, Marcos has experienced the highest of highs and the lowest of lows. On the podcast, Marcos details his incredible run as a CEO in his mid-20s, scaling a business from four friends in a coffeeshop to 1,200 employees within three years. Yet, only six years later in the midst of a recession, Marcos lost everything. Now, Daniel has found joy and success in using his story to keep others from making his same mistakes and is truly using his own pain for others’ gain.

[On starting a business] “People say, ‘You build it, and they will come.’ Never. You have to build it and then knock on thousands of doors for people to come.”

“Life gives you very few opportunities to really learn fast. [At my first big company], I probably grew up 20 or 30 years in 2 years.”

“People discount how much you learn working for a bigger corporation or firm. I really believe, if you want to be a leader, you have to first be an employee. You have to learn what it’s like to be an employee in order to lead a team.”

”Valuate your business model before you want to scale it. One of the biggest problems I see with entrepreneurs — we want to scale our company without having the right building blocks… We often launch something we’re ashamed of, but we’re so desperate for revenue, that we want to scale something that is bad.”

3:30: Daniel explains how he was pushed towards entrepreneurship from a young age and describes his first job out of college, where he learned a valuable lesson about leadership.

9:47: Marcos describes the incredible events inside a humble coffee shop with a few friends that led to him being the CEO of his first startup.

16:03: Daniel shares some wisdom on raising capital that he learned when seeking investors for his first startup company.

19:38: Daniel confesses that, as a 26-year-old running a multi-million-dollar company, he sometimes felt like an “imposter” but explains how that’s a natural feeling for entrepreneurs.

21:44: Daniel outlines the events that led him away from his first startup — at just the right time.

24:40: Marcos explains how he ended up establishing his second startup, which was extremely successful before eventually tanking in the 2008 financial crisis.

28:22: Daniel opens up about feelings of failure — and even depression — after his business failed but reflects on three life-changing phone calls that happened during that time.

34:12: Daniel shares how his success being a business coach led to the creation of The Growth Institute, which has experienced explosive growth in its 9 years of business.

40:16: Daniel shares the “big dream” that he has for The Growth Institute.

41:26: Daniel shares an important piece of advice with listeners around being patient and seeking out investment at the right time.