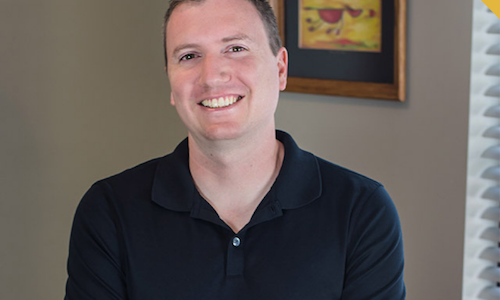 On The EnTRUEpreneurship Podcast, CSO Wes sits down with Ben Herman, CEO and Co-Founder at Mad Fish Digital. The Portland-based Mad Fish Digital is a digital agency that takes pride in quickly adapting to new technologies in order to best partner with some of the nation’s most forward-thinking brands. Mad Fish has been featured on several prominent lists, including the Inc. 5000 (multiple times), “The Fastest Growing Private Companies in Oregon,” and many more. In 2017, Mad Fish raked in $2.4M in revenue and has clocked in a 3-year growth rate of 176 percent.

Ben’s decision to pursue entrepreneurship was a simple one, having had this desire from a young age. However, on the podcast, he reveals that the biggest inflection point in his life came when he and his wife decided to scale Mad Fish beyond a simple lifestyle business. Having stumbled into digital marketing as a hobby and been in practice for several years, Herman discusses the difficult shift from practitioner to CEO and, even after a full decade since his company’s founding, describes the transition as “a constant work in progress.” Yet the risky decision to scale has paid dividends, as the company’s growth has been nothing but positive since day one. The full story — and the secrets to success — this week on the podcast.

“If I was to define life in general for me, it’s been a set of milestones that you kind of get past and inflection points where you kind of make a decision.”

“I still set the vision on a 3- to 5-year range. How we get there is 100% on the team, and they sometimes find new directions for us to go that are way better than what I had imagined or envisioned.”

“You want the secret sauce or whatever? Call me at 10pm on a Friday night, and I’ll tell you because I’m probably working.”

“The entire time [you’re starting a business], you’re planning, ‘Well, what happens if this all goes away tomorrow.’”

“There are great people at all kinds of salary ranges… Whatever you can pay as an employer, there are A+ players out there. Finding those folks takes time.”

“Enjoy the journey because if you knew the destination, there’s a lot of ups and a lot of downs, it makes the downs a little more palatable.”

“There’s this other element of entrepreneurs where we always want a little bit more.”

“[At the start of our business], we were just trying to cover the rent and the parking space… Once you get to a certain point, you realize, ‘I’m holding myself back if I don’t think about the future.’”

“I had this sense of like… We weren’t making a lot of money, but I was so happy.”

3:12: Ben discusses his early life, his early interest in technology, and how, even from an early age, he always knew that he wanted to be an entrepreneur.

6:10: Ben describes his earliest work on Internet properties, which started as a hobby on the side.

9:49: Ben explains how his early Internet work eventually became lucrative and how this side gig evolved into a digital consulting business.

12:56: Herman retells the epiphany that led him to quit his job and, eventually, partner with his wife in doing full-time digital marketing consulting.

16:36: Herman describes how his network of friends garnered him his first customers and how he accidentally stumbled into creating a business, as opposed to working as an independent contractor.

19:41: Ben shares the “inflection point” when he and his wife decided to scale the business beyond the two of them and the journey of Mad Fish Digital officially began.

21:53: Ben opens up about the growing pains of moving from practitioner to CEO and shares some ways that he got it wrong in his early years as company head.

26:48: Ben forecasts where he wants the company to go and speaks on the advantage of operating in a space where technology is constantly changing and service lines are constantly being created.

28:30: Ben shares some advice that he wishes he would have known from the beginning, which involves changing your perspective and remaining steadfast in the difficult days.